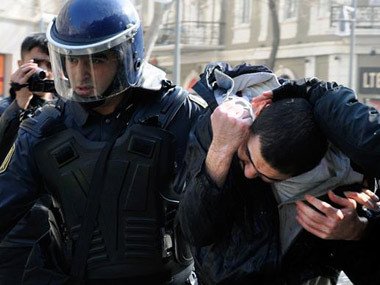 The adoption by the Azerbaijani President Ilham Aliev of amendments to the legislation on non-governmental organizations (NGOs) is another repressive step against the country's civil society, says the statement of the Azerbaijani Institute of Reporters' Freedom and Safety (IRFS).

The "Caucasian Knot" has reported that on December 17, 2013, the Azerbaijani parliament adopted the amendments, according to which the NGOs, unregistered by the Ministry of Justice, actually lost the opportunity to use grants.

On February 3, President Ilham Aliev approved, despite the protests of about 40 NGOs, all the amendments.

The IRFS, which is one of the leading human rights organizations of Azerbaijan, has treated the amendments as "reactionary steps" and called on the Council of Europe (CoE) to condemn them. In its statement released on February 6 the IRFS stressed the need for the CoE to unambiguously assess the amendments as "a step backwards in the area of human rights."