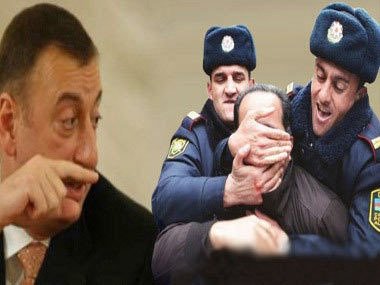 CIVICUS World Alliance for Citizen Participation, Civil Rights Defenders (CRD) and a coalition of 42 NGOs in Azerbaijan called Committee of Civil Society Protection of Azerbaijan have made an appeal to the president of Azerbaijan in connection with the legislative amendments relating to the operation of civil society organizations adopted by the parliament on 17th of December 2013, as the Azerbaijani news agency Turan reports.

As it is noted in the statement of CIVICUS, the amendments are already presented to the Presidential Administration of Azerbaijan and may be approved at any time.

According to the amendments, an NGO will be required to re-register in the Ministry of Justice every three month. The proposed amendments would strengthen the state control over NGOs and would restrict their activities through different bureaucratic obstacles.

"The civil society group is extremely concerned with the fact that the amendments entail the imposition of unjust fines on those NGOs which criticize the government. It is likely that those NGOs would not be allowed to register, while the registered ones would be shut down,” it is said in the appeal.

The appeal as well states that on the basis of the approved amendments in 2009 the Azerbaijani government in March of 2011 unfairly suspended the operation of Human Rights House’s subdivision of Azerbaijan.

Besides, as it is stated in the article, Human Rights Club and Centre for Election Monitoring and Democracy Training local NGOs unreasonably and repeatedly have been denied a registration. In March of 2013 the legislative amendments limiting the opportunities of NGOs to get an aid from an international donor were approved by the Azerbaijani government.


Turan notes that Committee of Civil Society Protection of Azerbaijan was created in 2009 as a coalition of NGOs aimed at creating favorable conditions for the civil society.

CIVICUS was created in 1993 aimed at supporting civil society specifically in the countries where the rights of the citizens are violated.

The organization Civil Rights Defenders (CRD) was created in 1982 in Switzerland. It gathers together independent international experts and supports human right defenders working under risky conditions.

Note that on 27th of January 2014 more than 100 non-governmental organization of Azerbaijan in connection with the legislative amendments relating to the operation of civil society organizations adopted by the Parliament signed a petition to the Parliamentary Assembly of the Council of Europe (PACE).