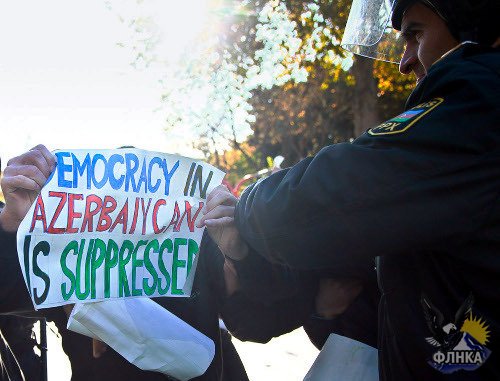 On June 6, Nils Mujzhnieks, the Commissioner for Human Rights of the Council of Europe (CoE), and Dunja Mijatovic, the OSCE Representative on the Freedom of the Media, issued a joint statement, in which they expressed their serious concern over the approval by the President of Azerbaijan Ilham Aliev of amendments to the legislation, spreading the criminal liability for defamation over the online environment.

Nils Mujzhnieks and Dunja Mijatovic have noted that currently the Azerbaijani authorities are cooperating with the Venice Commission of the CoE on reforming the legislation on defamation in Azerbaijan, and urged the authorities to make a serious effort towards harmonising the legislation of Azerbaijan with the principles of the European Convention on Human Rights (ECHR) and obligations taken over in the framework of cooperation with the OSCE in the sphere of media freedom.

"Through the adoption of the amendments, Azerbaijani authorities want to suppress critical voices of Internet activists and drop the civil activeness on the eve of the October presidential election," Emin Guseinov, Director of the Institute for Reporters' Freedom and Safety (IRFS), told the "Caucasian Knot" correspondent.

So far, the Azerbaijani authorities made no comments on the approval of amendments to the Criminal Code relating to criminalization of defamation on the Internet.