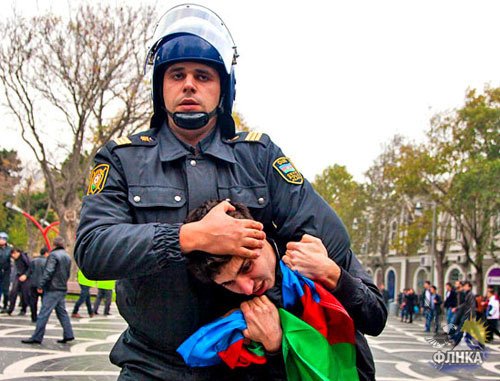 On June 4, the Azerbaijani President Ilham Aliev signed the law "On Amendments to the Criminal Code of the Azerbaijani Republic", adopted by the Parliament on May 14. The amendments criminalize defamation and insults spread through the global network. By the severity of punishments, defamation (slander) and insults on the Internet are equated to the same acts in the real world (including imprisonment of up to three years).

The amendments were initiated by the General Prosecutor's Office, which explained the initiative by the need to have means to protect citizens' honour and dignity affected through the Internet.

The amendments provoked protests both of local and international journalists and human rights organizations. Dunja Mijatovic, the OSCE Special Representative on Freedom of Media, and Nils Mujzhnieks, the Commissioner of the Council of Europe for Human Rights, had urged the Azerbaijani President not to sign the law.

"Given the absence of an independent judiciary, any criticism or even harmless cartoons or collages against the authorities can be brought under the law," said Emin Guseinov, the director of the Institute for Reporters' Freedom and Safety (IRFS), the "Caucasian Knot" correspondent reports.

Earlier, international human rights organizations expressed their concern about violations of the freedom of the press in Azerbaijan. The report of the Human Rights Watch, released May 3, 2013, on the situation in the world with the freedom of speech has put Azerbaijan into 177th place among 197 countries and into the category of "non-free countries".