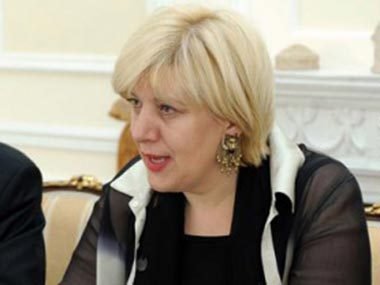 The Council of Europe Commissioner for Human Rights, Nils Muižnieks, and the OSCE Representative on Freedom of the Media, Dunja Mijatovic, expressed serious concern today at the promulgation by the President of Azerbaijan, Ilham Aliyev, of amendments extending the application of criminal defamation provisions to online expression, the joint statement was published on the OSCE official site.

Muižnieks and Mijatović, both of whom had explicitly called on the President not to sign these amendments, regretted this step, “which clearly contradicts Azerbaijan’s commitments and obligations relating to the decriminalization of defamation and freedom of expression in general.”

Representatives of OSCE were concerned with the chilling effect that these provisions are bound to have on those wishing to use the Internet to raise legitimate critical voices. Nils Muižnieks and Dunja Mijatović also expressed concern that the new law will further erode the already limited space for free expression in Azerbaijan.

Noting that the Azerbaijani authorities are currently engaged with the Council of Europe Venice Commission on the reform of Azerbaijan’s defamation legislation, the officials strongly urged the Azerbaijani authorities to deploy genuine efforts to ensure that this process results in legislation that complies fully with the European Convention on Human Rights and OSCE commitments on freedom of the media, both online and offline.

Azerbaijani President Ilham Aliyev signed a decree to make amendments in Criminal Code presented by the Parliament on May 14. They extend criminal penalties against slander and insult on the internet.