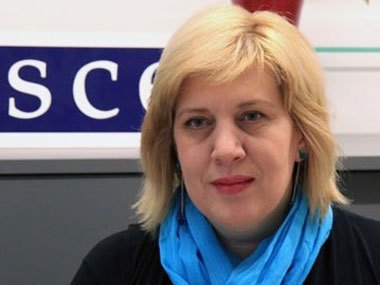 The OSCE Representative on Freedom of the Media, Dunja Mijatović, today expressed deep concern about proposed amendments to the Criminal Code of Azerbaijan which would keep defamation as a criminal offence and extend its reach to online media, the OSCE said in a news release.

“The National Action Plan on Human Rights that was decreed by the President Aliyev in 2006 prescribes steps to decriminalize defamation. The amendments, proposed by the Prosecutor General, go in the opposite direction. In addition, I am especially concerned about the provision to include all publicly accessible online resources,” Mijatović said.

“I call on the government of Azerbaijan to keep its promise to continue the process to decriminalizing speech offences,” Mijatović said. “My office is ready to further assist in this process.”

The current law provides for up to three years in jail for criminal defamation convictions. The OSCE office in Baku and the press council of Azerbaijan, supported by the Office of the Representative on Freedom of the Media, has been working since 2006 on decriminalizing defamation in Azerbaijan.

Mijatović is in San José attending commemoration of the World Press Freedom Day.