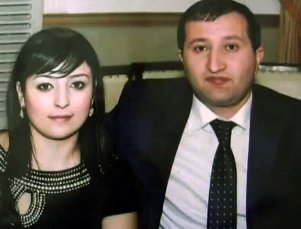 The Azerbaijani authorities should stop the practice of criminal prosecution of journalists. This was stated by Dunja Mijatovic, OSCE Representative on Freedom of the Media. She has condemned the conviction of journalist and activist Parviz Gashimli, who on May 15 was sentenced to eight years of imprisonment.

"I am shocked by this court decision, and I urge the authorities [of Azerbaijan] to stop the practice of imprisoning journalists to silence them," said Dunja Mijatovic in her statement released on May 16 by the Office of the Special Representative of the OSCE.

Meanwhile, Dunja Mijatovic emphasizes that "at present, more than a dozen representatives of the Azerbaijani media are in prison, convicted or awaiting trial." "This is the highest number on record of the OSCE Office on Freedom of the Media. This is an alarming trend that prevents journalistic investigations and contributes to an atmosphere of threats and intimidation," Dunja Mijatovic has stated.

The international organization "Reporters without Borders" (RWB) has also strongly condemned the judgment in the case against Parviz Gashimli, the "Caucasian Knot" correspondent reports.