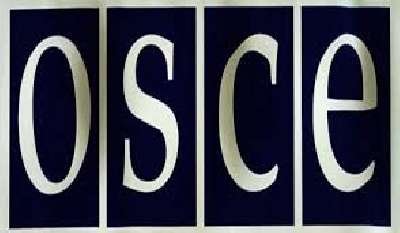 ISTANBUL, 7 May 2014 – OSCE Representative on Freedom of the Media Dunja Mijatović today condemned attacks on journalists covering public protests in Baku on 6-7 May.

"These journalists were just performing their duty covering public protests when they were attacked,” Mijatović said. "This latest act of violence against members of the media contributes to an already alarming media freedom situation in Azerbaijan.”

On 6 May Etimad Budagov, a journalist with Turan news agency, was assaulted by police officers and. Mahammad Turkmen of the Yeni Musavat newspaper, Khalid Garayev of the Azadliq newspaper and Amid Suleymanov from the Mediaforum website were detained by law enforcement agencies. Police also tried to detain Parvana Bairamova of the Turan news agency and a contributor to Voice of America radio station.

On 7 May Huseyn Azizoglu, a journalist with Obyektiv TV, was attacked by an unidentified person in the presence of police while covering a related court hearing against protesters. Azizoglu was injured and his camera was damaged.

"Law enforcement agencies are responsible for protecting members of the media and it is unacceptable when they attack or solicit attacks on journalists,” Mijatović said. "I hope these incidents will be subject to a swift and transparent investigation.”

Mijatović is in Istanbul participating in an international conference