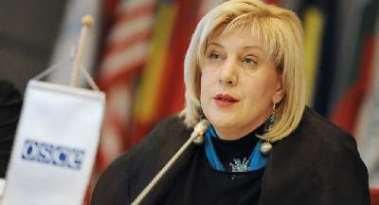 OSCE Representative on Freedom of the Media Dunja Mijatović strongly condemned today’s attacks on journalists during a police raid against members of a radical group in the village of Nardaran, on the outskirts of Baku.

According to reports, unidentified assailants attacked a cameraman with the ITV public broadcaster during a police operation in Nardaran. The cameraman was beaten and his equipment damaged. A crew with the private ATV channel was also assaulted during the raid, with the crew’s car having been attacked and its driver beaten.

"These are unacceptable acts of violence against members of the media,” Mijatović said. "Journalists must be able to report in a free and safe manner on events of public importance, and their safety must be ensured.”

"I trust that the authorities will do their utmost to investigate this assault thoroughly and bring the perpetrators to justice,” Mijatović said.