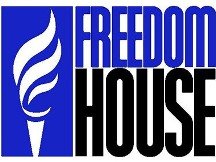 OSCE is alarmed by violent attack on journalist Ilgar Nasibov, says the official announcement published on the OSCE website.

"I call on the authorities to conduct a swift and thorough investigation of this brutal attack on Nasibov and bring those responsible to justice. This criminal act has an enormous chilling effect on free expression and free media and it could inspire future crimes against members of the media,” said OSCE Representative on Freedom of the Media Dunja Mijatović.

As the announcement notes, this crime took place in line with continuing harassment and crackdown on free media voices in Azebaijan. Mijatović called for the authorities in Azerbaijan to immediately stop the ongoing persecution of independent journalists and media activists. "The authorities in Azerbaijan have to do their utmost to stop these practices,” she highlighted.

"The horrific physical assault on Ilgar Nasibov, a journalist, is the latest trauma in a rapidly and radically deteriorating human rights situation in Azerbaijan. President Ilham Aliyev and his government should be held responsible for the dangerous and hostile environment they are promoting. The United States and the European Union should consider sanctions against officials who authorize and carry out these horrific abuses,” said David J. Kramer, president of Freedom House.

UK Embassy in Baku has also made an announcement in which it expressed its concern over the attack on the human rights defender. "We are shocked by brutal attack on Nakhchivan journalist Ilgar Nasibov. Hope the case will be investigated properly and perpetrators will be punished,” reads the announcement of the UK Embassy.

Nasibov, a journalist actively contributing to several media outlets in Azerbaijan, was assaulted on 21 August by a number of individuals in his office at the Resource Centre for Development of NGOs and Democracy in Nakhichevan. Nasibov was severely beaten and his office property was destroyed. The reason of the assault is not known, however it is most probable that this is a part of ongoing persecution of civil society that has intensified recently in Azerbaijan.