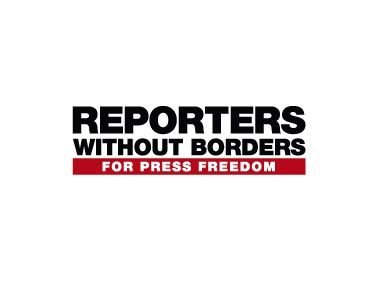 One of Azerbaijan’s leading independent newspapers, the Russian-language Zerkalo (Mirror), has been forced to stop publishing because government control of the advertising market and distribution networks has deprived it of the income it needs to keep operating, reads the statement of the international organization Reporters Without Borders.

"Broadcasting was already under complete state control and now the independent print media are in the process of collapse as a result of the economic vice that the government is tightening around them,” reads the document.

It is stated that Editor-in-chief Elchin Shikhly finally announced on 31 May that it would cease to produce a print edition altogether. It is still publishing online but staff are no longer being paid.

According to the RWB Street vendors were banned in Baku in 2011 on the grounds that they were obstructing traffic. The distribution network’s newsstands were gradually eliminated in 2012 or replaced by a new network of shops from which independent newspapers are for the most part excluded. Finally, selling newspapers in the metro was banned in 2013.

The economic difficulties that Zerkalo has been facing are the result of the government’s implementation of an insidious censorship strategy, believes Johann Bihr, the head of the Reporters Without Borders Eastern Europe and Central Asia desk.

"Government manipulation is now bearing fruit and media pluralism is all but eradicated in Azerbaijan. We call on the authorities to reform the distribution system without delay and to stop manipulating the advertising market so that media diversity is guaranteed,” he stressed.

According to the statement given the government-orchestrated destruction of media pluralism, frequent pardons for detainees should fool no one. Two journalists were among the 171 detainees pardoned on 26 May but at least eight other journalists are still held. The latest victims include Zerkalo’s well-known Turkey correspondent Rauf Mirkadyrov, who has been in pre-trial detention on trumped-up spying charges since 18 April.

The organization also notes that Azerbaijan is 160th out of 180 countries in the 2014 Reporters Without Borders press freedom index.
Rauf Mirkadirov, columnist of Azerbaijani newspaper "Zerkalo", was arrested on April 18 in Ankara on charges of expiration of documents. On April 19 Mirkadirov was deported to Azerbaijan, where he immediately was arrested and put in custody by the MNS on suspicion of treason. On April 21 the court in Baku sanctioned his arrest for three months. Mirkadirov is accused of the cooperation with special services of Armenia; specifically he is accused of making the transfers of the state secret information, including those about the dislocation of Azerbaijani Armed forces to Armenia during 2008-2009.