NATO Approved Fourth Stage of Cooperation with Azerbaijan within IPAP 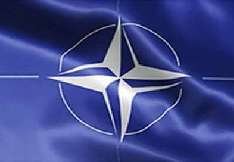 NATO approved a document covering the 4thstage of the Individual Partnership Action Plan (IPAP) with Azerbaijan, covering 2015-2016. It is reported by the press service of the Defense Ministry of Azerbaijan.

As part of this plan and the Planning and Review Process (PARP), together with the NATO International Staff in Baku and Brussels meetings are held to analyze the performance of the activities and objectives of the partnership.

Of the 41 goals of the partnership, 27 belong to the Armed Forces (including 17 general goals, 5 for the army, and 1 for the navy).

In order to participate in NATO peacekeeping operations a peacekeeping company, a search and rescue platoon, a medical platoon, an engineering platoon and a helicopter group have been created.

In 2014, for the first time an officer was appointed as coordinator of Azerbaijani Armed Forces in the NATO Military Partnership Office.

The staff structure of all the armed forces, including the Defense Ministry and the General Staff, has been brought into line with NATO standards.

In various NATO headquarters there are nine officers of Azerbaijani Armed Forces. Since this year it is planned to increase their number.

The international military cooperation department of the Defense Ministry includes the Euro-Atlantic Integration Section and the NATO Standardization Agreements Commission. The Higher Military School of Azerbaijan includes the NATO Chair, as well as the Training and Education Center for Partnership.