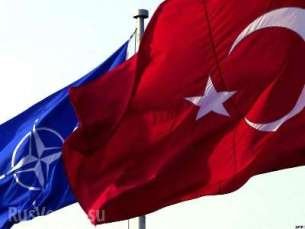 Turkey's NATO allies have stepped up to discuss measures to protect its airspace, writes The Wall Street Journal.

Until now, part of the alliance was limited by the placement of several air defense systems Patriot, but Ankara planned to offer new, more flexible funds, the newspaper notes.

Even before the Russian plane was shot down, the US announced the deployment of F-15 fighters in Turkey. Also in Turkey will be based British aircraft.

Moreover, in the Mediterranean Sea there will be ships of Germany and Denmark, writes WSJ. NATO officials have said that as additional measures the alliance is considering placing air defense system similar to Patriot, and the strengthening of the Navy under the command of NATO.

"It's all part of a system of guarantees to Turkey," said the NATO Secretary General Jens Stoltenberg.

He noted that in the coming weeks the placement of additional forces in the region will be decided.

NATO Approved Fourth Stage of Cooperation with Azerbaijan within IPAP