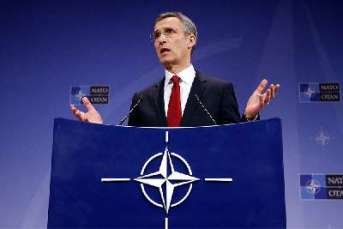 NATO Secretary General Jens Stoltenberg said that the alliance does not  consider a violation of Turkish airspace by Russian warplanes accident, according to Moscow.

"I will not speculate about the motives of such actions, but it does not look like an accident, besides there was not one, but two such incidents. This is a serious violation of airspace,"  he said at a press conference in Brussels on Tuesday, 6 October.

Stoltenberg also noted that no violations continued not a few seconds, as Russia states, but "longer and such incidents can lead to a "dangerous situation", recalling that Turkey's airspace is also the airspace of NATO.

NATO Secretary-General did not comment on reports that a Russian fighter planes even took sight Turkish aircraft, noting that Turkey has not received from Moscow "real explanation."

Earlier, the Russian Defense Ministry said that the invasion of the Su-30 in the airspace of Turkey on October 3 lasted only "a few seconds" and was due to bad weather conditions. However, October 4 there was a new incident has not identified the MiG-29 began to pursue two Turkish F-16 fighter. Both incidents occurred in the Turkish province of Hatay on the Syrian border, where the Russian Air Force strikes at the jihadists. However, Western sources say that pro-Western opposition  who are fighting against the Assad regime, are bombed.