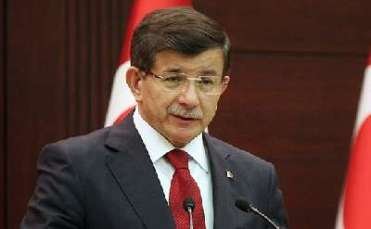 The Turkish Foreign Ministry issued a statement in which he said that the attacks on settlements of Turkmens in Syria "can have serious consequences," and called for an immediate end to the operation. Turkey has obligations to protect the Syrian Turks, armed groups that are fighting against  the Assad regime. In early October, the Syrian Turkic Assembly accused Russia  of the bombing of the village of Tell-Bissau, whom  Moscow  called  the aimed at  positions of the banned terrorist "Islamic state",  40 civilians were killed, including ethnic Turks.

Syrian Turks  is  the third largest nation of Syria after the Arabs and Kurds. According to the Turkish newspaper Daily Sabah, Syrian government forces for the past few days carried out a military operation in the rural areas of Latakia province. Operation, the newspaper notes, is supported by the Russian aviation.

Russian aviation group in Syria launched a military operation on September 30. Its purpose was declared the fight against terrorists and the bombing  their positions. After the bombing, many Western countries declared that Russian planes bomb positions of opponents of the  President Bashar al-Assad, including the so-called "moderate opposition.”