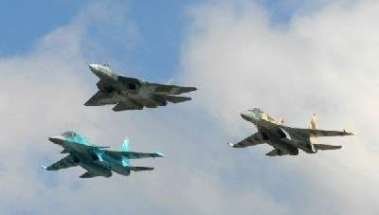 The Turkish Foreign Ministry issued a statement joint with another six countries, which calls on Russia to cease to apply air strikes on the opposition in Syria, and to focus on the Islamic State (ISIS).

Turkey and its partners in the US-led coalition against the ISIS - the US, Britain, France, Germany, Saudi Arabia and Qatar - called on Russia to stop to put air strikes on Syrian opposition, writes Reuters, citing the joint statement of these countries, released by the Turkish Foreign Ministry.

In the statement, Turkey offers Russia to "focus" on the fight against Islamic militants and expresses deep concern about the air strikes, which in the last two days, have been committed by the Russian aviation on targets in Syria.

The statement says that Russia's actions cause "even more escalation" of the conflict and encourage the growth of extremism in Syria.