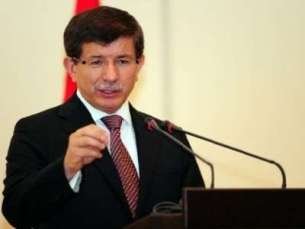 "From 57 air strikes inflicted by Russia on Syria, 55 occurred on the positions of the opposition forces combating with the regime of Bashar Assad,” the Prime Minister of Turkey Ahmet Davutoglu said.

Only two strikes were caused to the ISIS terrorist organization positions, he said.

Davutoglu also warned Russia that the question of the borders of Turkey is sensitive. "If Russia is struggling with ISIS, it should be done jointly and should not create problems at the border of Turkey or generate new flows of refugees," said the Turkish Prime Minister.

Davutoglu blamed the situation in Syria on the Assad regime, as well as on the UN Security Council that has not reached any agreement on the issue.