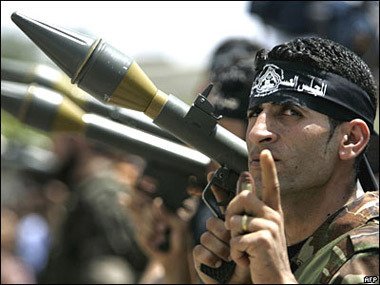 Chechen residents, who are involved in the Syrian war, get into the area of the Middle East conflict through Azerbaijan and Turkey, the representative of the Chechen Interior Ministry reports. The participation of Russian citizens in the Syrian war concerns the authorities of Russian Federation. The media expressed fear that returning to Russia the fighters will unleash war in that country as well, an article in "Kavkazki Uzel" states.

According to a source in Chechnya’s law enforcement agencies there is no accurate data on the number of the Chechen residents in Syria; there are from 200 to 500 people from Chechnya that are involved in the hostilities. In June, the Chechen leadership recognized the participation of Chechen expatriates in Syrian war. On June 6 the Russian Federal Security Service Director Alexander Bortnikov stated that there are about 200 militants from RF fighting in Syria and it concerns Russia.

Today, the first deputy director of the Russian Federal Security Service Sergei Smirnov stated that there are 300-400 Russian expatriate mercenaries fighting in Syria. According to Smirnov, the return of those mercenaries to Russia is a serious danger.

As representative of Interior Ministry of Chechnya told the "Kavkazki Uzel" various online resources are actively used for recruiting the young people in Chechnya.

"Many people travel to Azerbaijan from here, there is an established "shuttle" business. In addition, there are Chechens still living there, who left in the late 90's - early 2000's. Young people under different pretexts travel to Baku, and then get to Turkey from there and leave directly for Syria afterwards," said the representative of the Chechen Interior Ministry.

There is no accurate data on the number of Chechens involved in the war in Syria, told the one of the senior officials of the national security agencies the "Kavkazki Uzel". According to him there are about 200 to 500 people from Chechnya fighting in Syria.

At the same time, natives of North Caucasus get trained in Turkey, Foreign Minister Walid al-Moallem says. In their turn, the Russian security services are concerned with the return of their citizens from Syria, as there is no guarantee that they "will not continue their struggle on the Russian territory" after getting experienced in Syria, notes Rais Suleimanov, employee of the Strategic Research Center of Tatarstan.

Earlier, Ramzan Kadyrov, the President of the Chechen Republic, had stated that the terrorists injured during the combat situation on Russia's North Caucasus had been treated in Azerbaijan and Georgia; the main ideologists of Wahhabis are hiding in Turkey, where they work on spreading Wahhabism and extremism. Russia had once raised the issue of inadmissibility of treatment of Chechen militants on the territory of Azerbaijan. In February 2000, the Russian Foreign Ministry issued a statement concerning this issue; it was supported by similar statements from representatives of Dagestan Federal Security Service and the Interior Ministry of Dagestan.