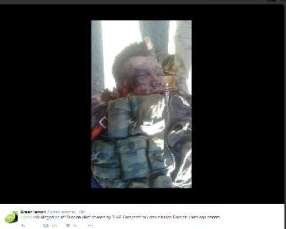 One of the downed pilots of the Russian Su-24 bomber was captured alive by Syrian Turks and is contained in the province of Latakia, 3 km from the border with Turkey. The co-pilot was killed. This is reported by Turkish media, citing local and military sources.

Meanwhile, the Russian Mi-8 helicopters are searching for the ejected pilots. Apparently, the Russian military will undertake an operation with the help of special military forces to free the prisoner of war.

The Russian Su-24 bomber was shot down near the Turkish-Syrian border this morning. This information of the Turkish side was confirmed by the Russian Defense Ministry.

The Turkish TV channel Haberturk TV showed footage of flames covering the plane that crashed in the mountains. The pilots ejected.

Reuters quoted an unnamed Turkish military, according to which the plane was shot down by the Turkish fighter F-16 after it violated the Turkish airspace and failed to respond to warnings.

Note that the bomber bombed the territory populated by ethnic Turks and the Turkish authorities warned Moscow that they will not allow it.

The Prime Minister of Turkey Ahmet Davutoglu gave an order to the Minister of Foreign Affairs to hold consultations with NATO and the United Nations on the latest developments on the border with Syria.