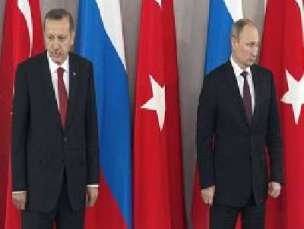 Russia is ready to roll joint business projects and give up military cooperation with Turkey because of the incident with the Su-24 bomber of the Russian Federation Air Force. It is reported by Kommersant citing high-ranking sources in the state bodies.

Other Russian media also announce "hard" measures, including the rejection of the pipeline project Turkish Stream and the construction of a nuclear power plant in Turkey.

Now the ball is on the side of Moscow and it is clear that it will worsen the relations. However, it will inevitably push Ankara to reciprocate. Apparently the most logical measure in this situation is a ban on the passage of Russian warships through the straits of Bosporus and Dardanelles. This is from where the Russian ships went to Syria with military equipment, which is now fighting in Syria.

According to the Montreux Convention, Turkey has the right to introduce such a ban if it considers that it constitutes a threat of war. And the appearance of Russian troops in Syria resulted in this. For Moscow, it will mean tougher conditions of warfare in Syria and additional costs.

In practice, the Russian military activity in the Mediterranean will be seriously hampered, and the current group will be locked. Apparently, Ankara is ready for such a turn because of Moscow's desire to establish its own order in Syria, regardless of NATO and Turkey.