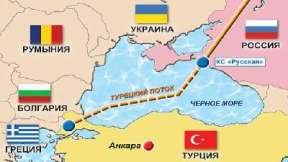 Ill-conceived and populist statements by the president of the Russian Federation in Yerevan on April 24 and his  recognizing  the "Armenian genocide" has led to the freezing of the gas pipeline project "Turkish stream." According to the newspaper "Kommersant", the project was in an impasse at the negotiations between the Russian "Gasprom" and the Turkish state company Botas.

The formal reason for the disagreement is the amount of the discount. At the same time, both sides suffer losses. "Gasprom" because of the six-month outage of its pipe-laying vessels lost several hundred million euros, and Ankara buys Russian gas by $100 more expensive than the average European price -  $370 per thousand cubic meters. However, Turkey is stepping up imports of liquefied natural gas, which is  by $50 cheaper than the Russian. As a result, Russian deliveries to Turkey in April collapsed by 38%.

The parties do not hide  that the factor that inhibits the agreement was a statement by Russian President Vladimir Putin about the "Armenian genocide", which caused a sharp condemnation of Ankara.

* The  "Turkish Stream" is a gas pipeline along the bottom of the  Black Sea from Russia to Turkey, which was supposed to replace the "South Stream" (Russia – Bulgaria), blocked by the European Union. On the border between Turkey and Greece was supposed to build a gas station for further shipment to Europe. The power of the "Turkish stream” was to be 50-60 billion cubic meters of gas per year.

Ankara Wants to Sell Gas from "Turkish Stream" Itself