Ankara Wants to Sell Gas from "Turkish Stream" Itself 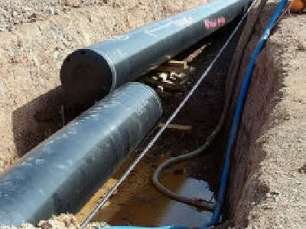 The Minister of Energy and Natural Resources Taner Yildiz said that the country will not make concessions to Gazprom on the issue of implementation of the "Turkish Stream."

"Moscow sees us only as a transit country. For us, this makes no sense. We are interested in establishing a joint supply chain. The principal agreement on this issue was reached, however, Russia has gone back from its position," he said.

According to the minister, "the Turkish Stream" should meet the interests of both Moscow and Ankara.

"We will never agree to concessions that threaten our interests," the minister said, adding that the discount price for Russian gas will not solve the problem.

Earlier it was reported that the first line of the offshore gas pipeline "Turkish Stream" from Russia to the west of Turkey must be made by the end of 2016. It will aim to supply gas through the west of Turkey, instead of Ukrainian transit. The following three strings are intended to replace the gas supply to central and southern Europe instead of the Ukrainian transit. It was assumed that the capacity of the pipeline will be 60 billion cubic meters of gas per year.