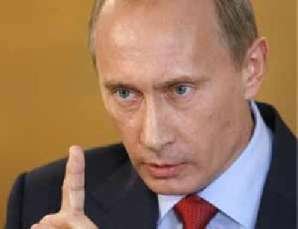 Russian President Vladimir Putin compared Turkey with terrorists, calling the destruction of the Russian aircraft "stab in the back from an accomplice of terrorists."

According to him, the Russian aircraft was shot down over the territory of Syria by a missile from Turkish aircraft F16, when a Russian bomber was at a distance of one km from the Turkish border.

Then Putin said that the event will have serious consequences for the Russian-Turkish relations. "Rather than make the necessary contacts, the Turkish side asked its NATO partners to discuss the incident as if  we shot down a Turkish plane, but not they  ours."

"But we will never tolerate  such crimes, as  it was today," Putin said.