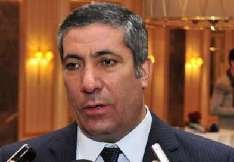 If the US-Azerbaijani commission for dialogue on human rights, democracy and civil society is set up, it will establish the falsity of some media organizations in the US, spreading anti-Azerbaijani information. Turan was told by the deputy executive secretary of the ruling party New Azerbaijan, MP Siyavush Novruzov.

So he explained the future functions of the Commission, the creation of which was announced by the US Assistant Secretary of State Victoria Nuland in Baku yesterday.

According to Novruzov, acting US organizations such as Human Rights Watch, Freedom House and others spread lies about Azerbaijan.

"The leadership of these organizations includes a lot of people of Armenian descent, who, with the support of the Armenian lobby, form a negative opinion about Azerbaijan, including the Congress and the Senate.

All this is contrary to the interests of America and the commission should prevent such things, spreading the truth about Azerbaijan," said Novruzov.

In turn, the head of the Democratic Reforms Party, MP Asim Mollazade said that such a working group has been established. It works with the Council of Europe.

"It includes representatives of government, parliament, NGOs and human rights organizations. With the Council of Europe and the European Parliament such cooperation is conducted and I think the activities of such a group together with the United States are normal,” said Mollazade.

He believes in dialogue on the issues mentioned by Nuland - civil society, democracy, human rights, and freedom of the media.

"I believe that this group will serve the development of US-Azerbaijani relations. There is a need for cooperation in the field of democracy and human rights and it is possible," said Mollazade.