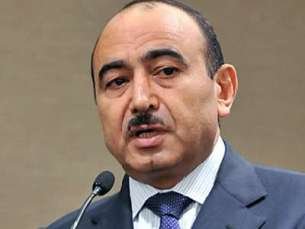 The official Baku considers the bill "The act  for democracy in Azerbaijan" as a personal initiative of the head of the Helsinki Commission of the US Congress by Chris Smith, said  today Ali Hasanov, the assistant  of the President. In an interview with Turan he expressed the hope that " taking into account the interests of the US and the importance of Azerbaijan for the United States"  the Congress will not support this bill. Being asked to comment on the bill by the  MP Rovshan Rzayev on  "Human rights in the US," Hasanov said vaguely that Baku’s attitude to this "is the same attitude as to  the initiative of Smith."

"Every MP can take the initiative. However, the adoption of the decision by Parliament must occur after important discussions. MPs should express their attitude after assessment  the negative impact of these initiatives on bilateral relations," Hasanov said.  The US-Azerbaijani relations are not as intense as before, admitted Hasanov. Speaking about the fate of the American-Azerbaijani commission for Democracy, proposed in February this year by Victoria Nuland, the Assistant Secretary of State, Hasanov said that the negotiations on this issue are not conducted.