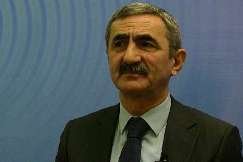 Aslan Ismayilov, the head of the law firm «Viza»  commented on  in an interview with Turan the draft law "On the state of human rights in the United States" which is under preparation  in a parliamentary committee. The bill written by deputy Rovshan Rzayev, provides for sanctions against the United States in Azerbaijan. The Azerbaijani authorities were to take effective steps, after the question on possible sanctions against Azerbaijan became important. "First and foremost, it was necessary to immediately solve the problem of political prisoners, to create a crisis committee to begin the real fight against corruption, to carry out economic liberalization,to liquaidate  monopoly and arbitrariness of the tax,"  he said in an interview with "Voice of America" and the news agency Turan.

Referring to the bill by Rovshan Rzayev, Ismayilov expressed doubt that it was an initiative of the deputy. "None of the 125 Members of Parliament can do it without the President's Administration. This bill is nothing else,but the position of the authorities of the country," said Ismailov. Accusations against the United States in this bill are ridiculous - corruption, human rights violations, racism.

Those who wrote this project must realize that they propose sanctions against the world's largest economy, against the most powerful state, where there is a fusion of all nationalities, and the president of the country  is a  black skin man.  Americal elite  are the representatives of all nations, peoples and faiths. Therefore, to understand the logic of the authors of the project is impossible, for the Baku authorities' attempt to put pressure on Washington is nothing but laughter.

In addition, this same regime through son of Ziya Mammadov feeds  their lobbyists in the United States millions of dollars, invites dozens of congressmen spending millions. So why this was necessary if now  they want to impose sanctions? asks Ismayilov. He does not believe that the document will be adopted by Parliament. Being aksed what should do the government the lawyer said that the authorities should seriously think about ways  out of the situation and the anti-crisis measures. Instead, they organize sports events, and tax and other authorities again extort money from businessmen. Is this the promised fight against tyranny and taking care of business, liberazation of economy? In fact, these are the steps that push the country into chaos, said Ismayilov.