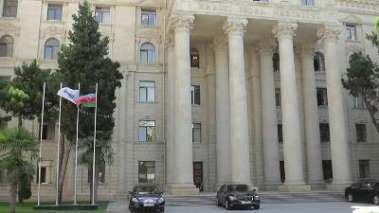 The draft "Act of democracy in Azerbaijan" presented by the Chairman of the US Helsinki Commission, Congressman Chris Smith, has an anti-Azerbaijani nature and unacceptable. Chris Smith  is famous for  his  pro-Armenian position, and is influenced by the Armenian lobby in the United States, reads the  statement of Hikmet Hajiyev , the head of the press service of the Azerbaijani Foreign Ministry. According to him, " such  preconceived steps can have a negative impact on the image of the US among the Azerbaijani public."

The comment of the Foreign Ministry also said that the authors of this document, "are intended to cast doubt on the successful cooperation between Azerbaijan and the United States in the field of energy security, fight against terrorism and the economy."

"The bill proves once again shows that such  projects  as the Baku-Tbilisi-Kars, TAP/TANAP, the restoration of the Silk Road,  seriously concern some anti-Azerbaijani circles," believes Hikmat Hajiyev.

In conclusion, he noted that Azerbaijan has fully secured and guaranteed  the rule of law, an independent judiciary, fundamental rights and freedoms, freedom of the press.

The bill provides for the imposition of sanctions against state officials of Azerbaijan for human rights violations.