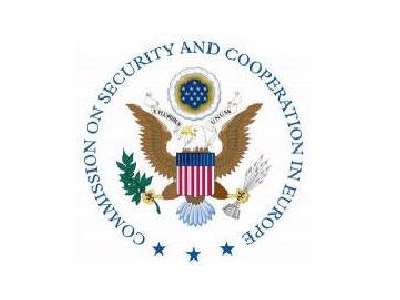 A special congressional briefing on Azerbaijan by the Commission on Security and Cooperation in Europe (US Helsinki Commission) will take place next Tuesday, July 16, in Washington, DC, the Commission has announced July 10.

"The US and Azerbaijan have many shared interests and cooperate on many issues, including energy and regional security.,, There is growing concern, however, about the current political situation in Azerbaijan..." reads the commission statement.

Trends, argue the organizers, include "reported intimidation, arrests, and use of force against journalists and human rights activists; tough new NGO registration requirements; legal restrictions on the Internet, including criminalizing online "libel" and "abuse"; restrictions on freedom of assembly, forceful dispersion of unsanctioned protests, detention of demonstrators; and unfair administration of justice, including arbitrary arrest and detention, politically motivated imprisonment, lack of due process, lengthy pre-trial detention, and executive interference in the judiciary.

"Azerbaijan will hold a presidential election in October of this year. This briefing is an opportunity to discuss current events in Azerbaijan and the prospects for a free and fair election," the statement emphasizes.

Some top officials and civil society representatives, such as Thomas Melia, Deputy Assistant Secretary of State for Democracy, Human Rights and Labor, Azeri government official, along with Erkin Gadirli, Chairman of the Assembly of Republican Alternative and Dr. Miriam Lanskoy, Director for Russia and Eurasia at the National Endowment for Democracy, will be testified. Additional witnesses may also be added, according to the statement.