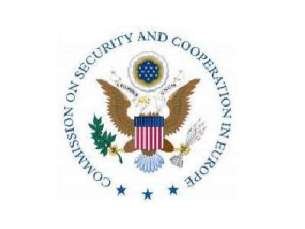 The US Helsinki Commission, a congressional group that monitors human rights and international cooperation in 57 countries, will host a hearing on Azerbaijan November 5 focusing on the country's human rights violations, TURAN's U.S. correspondent reports.

The panel called "The Rule of Law and Civil Society in Azerbaijan” will have a particular focus on the rule of law and how the government of Azerbaijan is using its judicial system to intimidate and imprison critics of the government. The briefing will also analyze the results of the November 1 parliamentary election and its implications for Azerbaijan’s future direction, according to the organizers.

'The last two years have witnessed a precipitous decline in the respect for rule of law and human rights in Azerbaijan. Many independent civil society organizations have been forced to close due to onerous regulations, threats of intimidation, or the arrest of the organization’s leaders. Independent media has been severely curtailed or closed down. Opposition parties are harassed and often shut out of the election process. High-profile politicians are serving lengthy prison sentences on charges that many observers believe were politically motivated,' Helsinki Commission notes.

The following panelists are scheduled to participate in the next week's event.