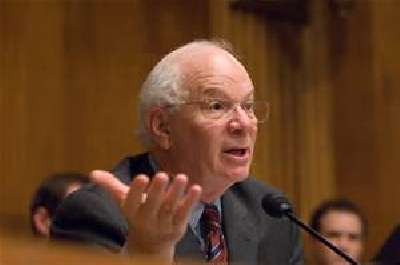 In response to the continued harassment of Leyla and Arif Yunus in Azerbaijan, Senator Ben Cardin (MD), Chairman of the Commission on Security and Cooperation in Europe (U.S. Helsinki Commission) made the following statement:

"I am concerned about the investigation into Leyla Yunus and her husband, Arif Yunus, by the Government of Azerbaijan. Their detention, the search of their home and their continued inability to freely travel to and from Azerbaijan is a troubling indication that they may become the targets of a politically-motivated prosecution. I strongly urge the Government of Azerbaijan to abide by its commitment to the rule of law and due process.”

* The Commission on Security and Cooperation in Europe, also known as the U.S. Helsinki Commission, is an independent agency of the Federal Government charged with monitoring compliance with the Helsinki Accords and advancing comprehensive security through promotion of human rights, democracy, and economic, environmental and military cooperation in 57 countries. The Commission consists of nine members from the U.S. Senate, nine from the House of Representatives, and one member each from the Departments of State, Defense, and Commerce.