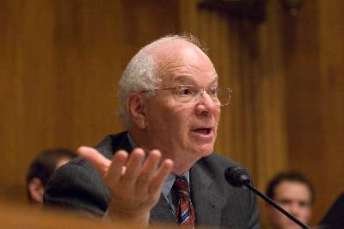 US Senator Ben Cardin  Ranking Member of the Senate Foreign Relations Committee, issued a statement in response to the release of Azerbaijani activist Arif Yunus.

In August, Mr. Yunus and his wife, Leyla, were convicted of politically motivated charges as part of a troubling crackdown on civil society and free press by the Azerbaijani government.

"I welcome the release of Arif Yunus from his unjust detention in Azerbaijan. The charges against Arif and Leyla Yunus are politically motivated and represent a dangerous backslide in the human rights situation in Azerbaijan.  I am troubled by the fact that Mr. Yunus’ legal status remains unchanged despite his release and am also deeply troubled by the continued imprisonment of his wife.

I will continue to push for the restoration of the rule of law in Azerbaijan and the full dismissal of charges against Mr. and Mrs. Yunus. In the meantime, Azerbaijani President Ilham Aliyev must halt this type of egregious violation against civil society activists.”