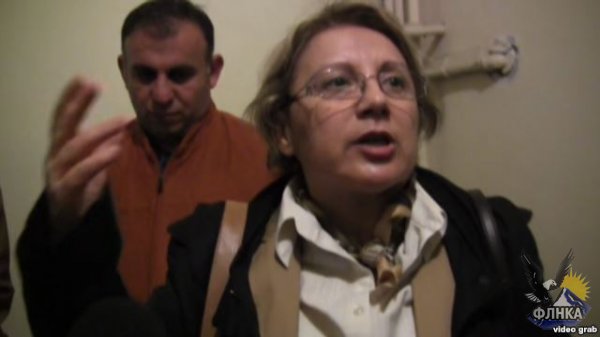 U.S. Senator Ben Cardin (Democrat-Maryland) has expressed concern over the situation faced by a prominent Azerbaijani human rights defender and her husband.

In a statement on May 30, Cardin, who is the chairman of the Commission on Security and Cooperation in Europe -- also known as the U.S. Helsinki Commission -- said the situation faced by Leyla Yunus and her husband, Arif Yunus, "is a troubling indication that they may become the targets of a politically motivated prosecution."

Leyla Yunus, the director of the Peace and Democracy Institute in Azerbaijan, told journalists on May 30 that she feared arrest after refusing to appear for interrogation earlier that day, demanding that her and her husband's passports be returned first.

Police detained the couple at the Baku airport last month on their way to Qatar and confiscated their passports.

They were later released after being questioned in connection with the arrest of a local journalist charged with spying for Armenia.