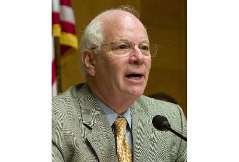 "I am deeply concerned about the detention of Ms. Ismayilova, who has been the target of unrelenting persecution by the government of Azerbaijan because of her efforts to expose corruption within the country, as well as her advocacy on behalf of political prisoners. The current charges against her are bizarre and only seem designed to silence one of the few independent voices left in Azerbaijan.

"Ms. Ismayilova was scheduled to testify in front of the U.S. Helsinki Commission on November 19, 2014, but was prevented from attending due to a government-imposed travel ban related to a different legal case. The current charge levied against Ms. Ismayilova of ‘incitement to suicide’ is just an escalation of the years of harassment by the authorities that she has endured.

"As a participating State of the Organization for Security and Cooperation in Europe (OSCE), Azerbaijan has committed to respecting human rights – including freedom of the media – and the U.S. Helsinki Commission once again calls on the government of Azerbaijan to live up to its promises and immediately end its harassment of all journalists, including Ms. Ismayilova.”