Dispatches: The EU Should Show Resolve on Azerbaijan 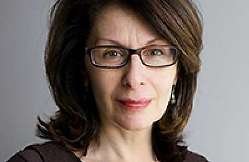 The European Union has largely stood aside as Azerbaijan moves forcefully ahead in the most radical crackdown on human rights in its 24 years of independence from the Soviet Union.

That has to stop, and the EU has a perfect opportunity to signal a new resolve with next week’s first visit visit to Baku by the new commissioner for European neighborhood policy and enlargement, Johannes Hahn. Hahn is going on April 7-8 to discuss the strategic partnership the EU is pursuing with the Azerbaijani government.  The EU appears eager to move ahead on the partnership—which provides a framework for its relationship with Azerbaijan— despite the deepening repression in the country.

For years, the EU has been negotiating on a framework for its relationship with Azerbaijan to replace the Partnership and Cooperation Agreement, which expired in 2009. The EU is bound by its own rules to put human rights at the core of its relationships with third countries and has pledged to throw its "full weight behind advocates of liberty, democracy, and human rights throughout the world.”

But as the negotiations dragged on and Azerbaijan’s human rights record worsened, the EU’s resolve appears to have waned. The Azerbaijani government has made abundantly clear it is not interested in a relationship that would link benefits such as free trade and visa liberalization to comprehensive reforms. It has made clear it considers Azerbaijan to be above any notion of conditionality. Unsurprisingly, the more harshly the government cracked down on dissent at home, the more it insisted that human rights had no place in its relationship with the EU.

The crackdown has been devastating. In the past year, most of the country’s human rights leaders and other critical, independent voices have been either thrown behind bars or driven into hiding or exile. Dozens of independent groups have had their bank accounts frozen, many have been forced to close. And new, draconian legislation introduced by the government has made it all but impossible to carry out independent human rights work in the country. Taken together, these developments have fundamentally transformed Azerbaijan’s human rights landscape.

It isn’t clear how and when the EU will deal with Baku’s refusal to accept human rights reform as a non-negotiable part of its relationship. But there’s no doubt when Mr. Hahn visits Baku he should give primacy to the EU’s pledges to stand up for those who defend human rights. He should urge the government to stop the crackdown, to change the climate to foster, not stifle public criticism. And above all, he should clearly and unequivocally call for the immediate and unconditional release of Azerbaijan’s wrongfully imprisoned human rights defenders and journalists.

Dispatches: Is Azerbaijan the Company the EU Wants to Keep?