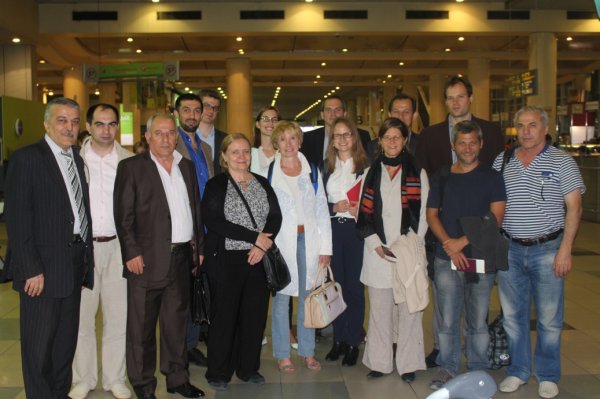 According to the program developed in common the European Parliament delegation together with FLNCA carried out search mission in Dagestan and Azerbaijan.

The purpose of this mission was the research of position of the people living in these regions, first of all Lezghis. Moscow where the delegation arrived from Brussels on August 27 became the first point of mission.

This mission was prepared and offered by FLNCA and found support at the European Parliament management. The program was being developed and the preparation for joint search mission was being conducted within several months.

At the airport the guests from Europe were welcomed by the President of FLNCA Arif Kerimov, vice-president Ruslan Kurbanov, the chairman of executive committee Amil Sarkarov, the head of the FLNCA international department Tatyana Chubrikova, the head of the Tyumen regional Lezghi NСA Vagif Kerimov, the chairman of the All-Russian Union of the Lezghi youth Enver Abdullaev, and also the leader of Movement for Talysh revival Fakhraddin Aboszoda.

The eurodelegation was presented by a depuy corps: members of the European parliament Csaba Sógor, Mathias Dipindal and Zhozefin Moyeman, scientific community and representatives of the international NGO: professor of the Brussels university Ode Marylin; acting as the secretary general of the Organization of the unrepresented people (the small UN) Dzheroin Zandberg; the head of the Brussels office of UNPO Maud Vanvalengem; consultant of UNPO Andrew Svon, and also journalists Giuly Renyer and Pietro Bruni.

All invited persons are experts in the Caucasus, many of which for a long time have been studying the problems of the Lezghis and other people of East Caucasus. 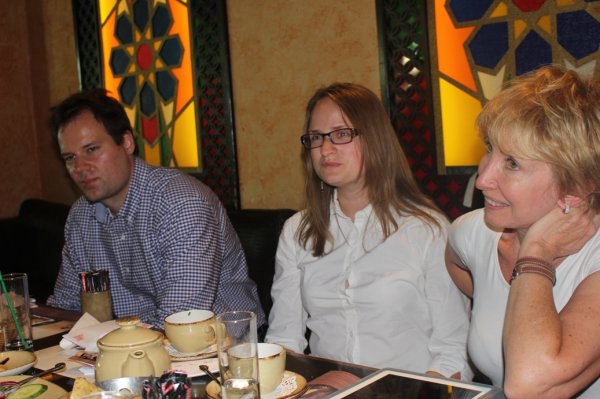 The European Parliament delegation together with the representatives of FLNCA went from Moscow to Makhachkala at once. As the time interval between flights was small, there was made a decision to refuse visit of the Russian capital and to hold a meeting at the airport.

There were some hours at the disposal of the participants of mission and during this time they got acquainted with each other, discussed details of the mission and told about the experience of participation in the solution of problems of national minorities. The host answered questions of experts from Europe concerning situation of the Lezghis living in Dagestan and Azerbaijan. 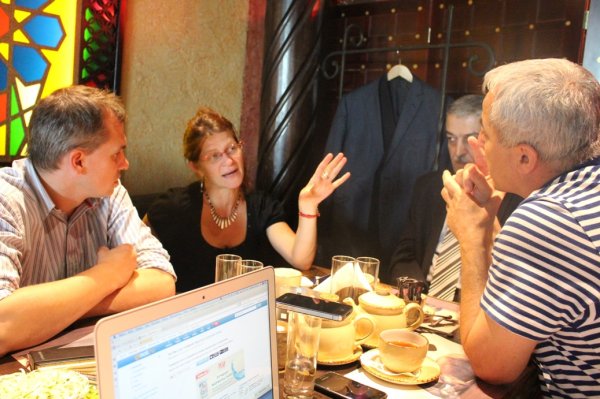 Eurodeputy Csaba Sógor told about the situation with the Hungarian national minority which compactly lives in Transylvania and adjacent with it regions of Romania, and also about the Hungarian experiment on upholding of the cultural and language and political rights.

In turn the representatives of FLNCA and Fakhraddin Aboszoda shipped experts from Europe in realities of the Republic of Azerbaijan, having told about how, since Soviet period, it has been combating for the rights of indigenous people of this region. 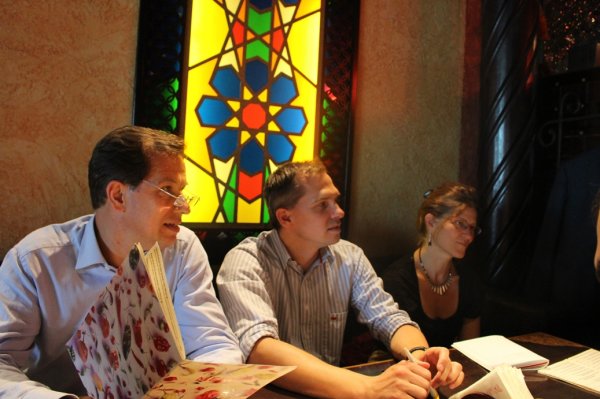 Communication and discussions proceeded and during a dinner up to landing aboard the plane to Makhachkala. Both parties during this meeting became stronger in importance of carrying out search mission even more and were prepared for it.

About the extensive program of Search mission of European Parliament in Dagestan and Azerbaijan we will tell in the subsequent materials.

It is vital the world is aware of our problems