FLNCA had a number of meetings in Brussels 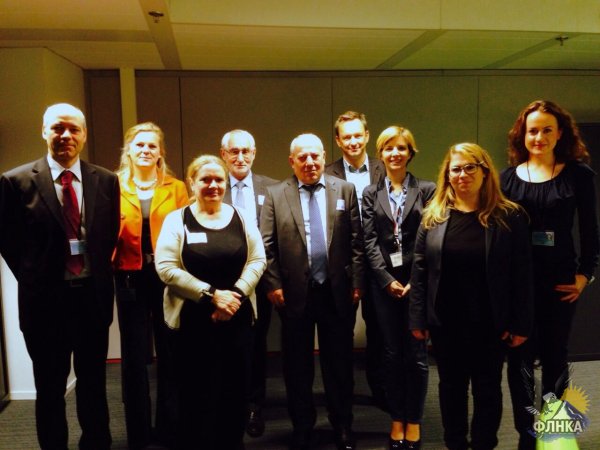 On November 18 the FLNCA delegation arrived in Brussels to establish contacts and discuss with newly elected members of the European Parliament  future joint activities aimed at protection of the Lezghin minority rights ethnic minorities’ rights.

On the third day in Brussels the FLNCA delegation had meetings with  representatives of the Foreign Affairs Committee and the Eastern Partnership and Russia Unit of the EP.

FLNCA delegation met warm welcome and understanding of the issues raised by them. All the participants of the meetings showed their interests in cooperation with the FLNCA and promised to give support to the implementation of its activities aimed at peaceful resolution of the minorities’ problems through a dialogue and other tools available at the European level.

Activities related to the protection of ethnic minorities’ rights have never been easy and fast to have been implemented. Therefore, the FLNCA has a long and difficult way ahead to achieve the goals set forth by the organization. The main thing is to move in the right direction.

The FLNCA would like to express its gratitude to the UNPO for the support provided in arranging the meetings and for accompanying the delegation during its mission to Brussels.