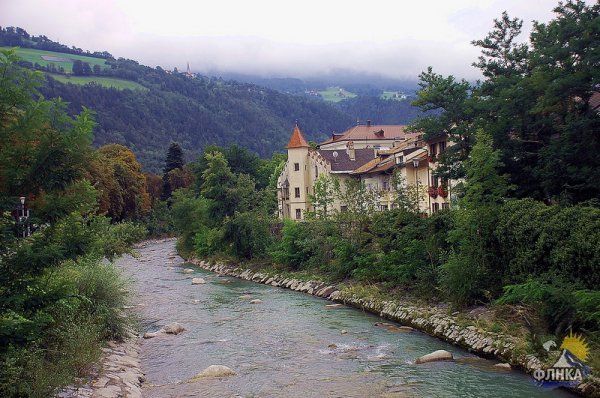 FLNCA continues its work of the strengthening connections in the European arena. The delegates of the Autonomy have already regulated close cooperation with many European organizations.

By invitation of the deputies of the European Parliament, on the 19th of June FLNCA for the first time represented the Lezghin ethnic minority on the Federal Union of European Nationalities Congress. This was a new step in the advancement of Lezghin problem on the international field.

The FUEN Congress took place from 19 until 23 June 2013 in Brixen, South Tyrol. This event happens every year and European national minorities take part in it.

The organizer of the Congress is FUEN itself. 90 nationalities are already members of this Union.

This year the Congress focused on the topic: “Autonomy and self-government in Europe”.

This year FLNCA, for the first time, took part in it. The delegates from FLNCA on this Congress were the FLNCA President Arif Kerimov, the member of FLNCA Council Djamaldin Pashaev, the head of Department of the Caucasus of the Center of civilization and regional researches of the Russian Academy of Sciences Enver Kisriyev and the head of International Department of FLNCA Tatyana Chubrikova.

The Federal Union of European Nationalities is the organization of ethnic minorities of Europe. In 2012 the FUEN already had about 90 organizations-members.

The FUEN was founded more than 60 years ago in Paris and works on problems of defending and representing the interests of minorities on behalf of civil society. Situation of European minorities and their problems are different in different countries.

Some of these minorities have numerous rights and cooperate with the majority population of countries. Other groups of minorities are unrecognized and have to fight for their rights against assimilation.

The FUEN represents interests of European minorities on regional, government and mainly on the European level. FUEN cooperate with the European Union, the Council of Europe, OSCE, UN, and also with other partners working on the rights of minorities.

The FUEN has a consultative status in UN and the status of a member of the Council of Europe. Every year the FUEN organizes meeting of the representatives of minorities in Europe on the high level.

For several years the FUEN has cooperated with the European Commission in the field of regional languages and minority languages, and with this aim have improved the whole net called “RML2future”.

The congress took place from 19 till 23 June in Brixen focused on two main problems: 1) The benefits of autonomy and self-government for minorities in Europe. 2) The European Citizens’ Initiative of the minorities - one million signatures for diversity in Europe.

Thus the FUEN systematically brings up at the level of the all-European structures the problems of necessity of recognition behind ethnic minorities of the continent of more and more broad rights and freedoms on preservation and development of the national cultural heritage.