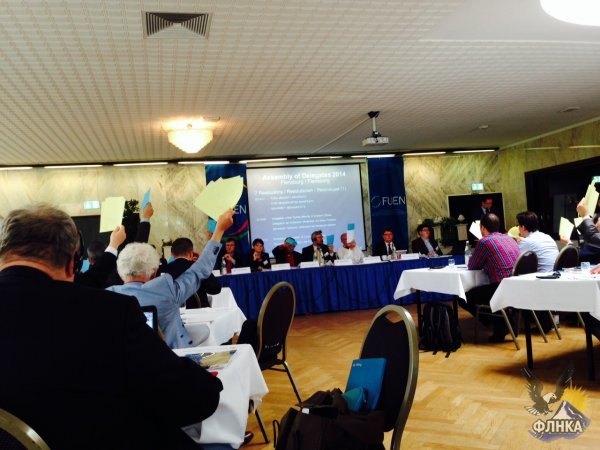 On May 10, the FLNCA President Arif Kerimov made presentation of his organization in Flensburg, at FUEN Congress 2014. The delegates of the Congress showed great interest to the presentation and it caused a storm of applause. On a vote, taken place after the presentation, FUEN was solid to accept the Federal Union of European Nationalities in its members.

Mr. Hans Hansen, the President of FUEN, congratulated Arif Kerimov on the FLNCA acceptance and expressed his hopes for further successful cooperation with FLNCA for the benefit of the Lezghin people. The President of FLNCA handed in the flag of the Lezghin organization to Mr. Hansen, thanked him for the support and said that "It is a great honor for FLNCA to become a FUEN member and we are sure that our cooperation will be fruitful and mutually beneficial". 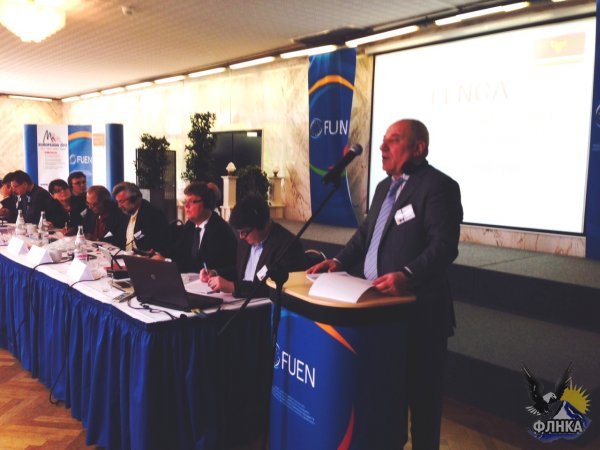 Now FLNCA is a member of two international organizations: UNPO and FUEN. The problems that the Lezghin people face draw considerable attention of the European community. The Lezghin organization intends to continue its work in this direction. A more detailed account of the visit to the FUEN Congress will be provided to our readers’ attention upon return of the delegation to Moscow. 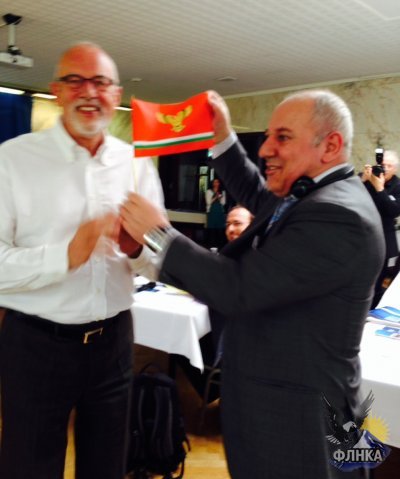