Lezghin prisoners of conscience cry from the heart

Political prisoners of Azerbaijan appeal to the world community 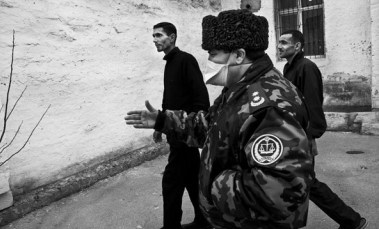 FLNCA has paid attention to cases of violations of our compatriots’ human rights and freedoms in Azerbaijan since the moment of its creation. However, one thing is when residents of Lezghin villages and regions are not given opportunities for development of their own culture and, the other thing, is when innocent people are thrown to prisons being sentences to long terms of imprisonment. Such cases of human rights and freedoms violations make them political prisoners.

The problems of political prisoners in Azerbaijan attract attention of international organizations dealing with human rights protection worldwide. The situation is growing worse and the letter sent by Lezghin prisoners of conscience to FLNCA testifies to it.

We have already written about the row raised by the Report on the situation with human rights in Azerbaijan prepared by Christopher Strasser, PACE’s Rapporteur on political prisoners in Azerbaijan.

The report titled "The Follow-up to the Issue of Political Prisoners in Azerbaijan” contained harsh criticism. Its author emphasized that despite continues efforts of the Parliamentary Assembly the issue of political prisoners is still not resolved in Azerbaijan.

Christopher Strasser said that the authorities of Azerbaijan has repeatedly denied him access to Azerbaijan to carry out his mandate and he made his Report using the information from the various NGOs.

"The results of the vote are not just my loss, but the defeat of the Committee on Legal Affairs and Human Rights Assembly, and the Assembly itself," said Strasser.

"Indeed, the presence of political prisoners in Azerbaijan is a fact. But many MPs were against my report," he added.

He particularly noted the statement by the Monitoring Committee Rapporteur Agramunt. "Agramunt said the release of political prisoners in Azerbaijan. I do not know what it was based on, " said Strasser.

We are devout Moslems, Lezghins from Kusary region of Azerbaijan, who were arrested on the basis of some trumped-up charges for our religious views, thoughts and speeches.

Our religion confessed by millions of people is not of any danger for honest people while dishonest people are identified by Allah not us. We do not accept any violations of law, we are not involved in politics and do not conduct any propaganda and agitation stirring race, national, religious or social strife and hatred. Our religious devotions do not disturb public peace and are in accord with social morality.

Followers of our religion recognize secular power and appeal to honesty, decency, kindness, peace and friendship. We strongly deny terrorism, separatism and any other illegal manifestations. Our lives are based on universal human values, we do not smoke, do not drink alcohol or use drugs.

Our beards and unusual outwear may confuse someone, but representatives of any other religions also have their distinctive features and there are those who appear in public half-naked. But nobody arrests them for that.

Presently our numbers are growing, the quantity of devout Moslems is increasing faster than the numbers of the ruling party members. Evidently, the people are attracted to our rows by our ideas, our deeds and our life-style though we are permanently placed in negative contrast to other religious trends. Vile rumors and stories are spread about us. However, most recently Azerbaijani authorities became scared of any unities of people outside the ruling party and other pro-government amalgamations which resulted in their attempts to decrease our numbers by all possible means. We are permanently persecuted for religious views and ethnic background. They purposefully and rudely violate our basic human rights, discriminate us and deprive of freedom on the basis of trumped up charges. They torture us and put us down, close our Mosques and create drastic living conditions leading to our complete physical destruction. Every day more and more of our supporters find themselves in prisons. Our persecution is intensified. Some international human rights organizations as well as Mr. Strasser in his report to PACE recognized us as prisoners of conscience but since then our lives have only changed for the worst because PACE betrayed the declared values and the people who believed in them (www.iolr.org). Nevertheless we continue to believe in justice and hope for your help. Please support us, write about us, tell about us!

Thus the issue relating to political prisoners and prisoners of conscience in Azerbaijan is so evident and drastic that Europe cannot ignore it. All efforts made by Azeri officials to persuade with their "caviar diplomacy” the relevant European human rights institutions not to raise this problem are hopeless.

Even PACE which session rejected Christopher Strasser’s report under the pressure of Azeri emissaries from Baku had to prepare an alternative resolution on the topic.

Strasbourg, 06.02.2013 – Pedro Agramunt (Spain, EPP/CD) and Joseph Debono Grech (Malta, SOC), monitoring co-rapporteurs on Azerbaijan of the Parliamentary Assembly of the Council of Europe (PACE), have expressed their deep concern at recent worrying developments in Azerbaijan, including the detention, trial and sentencing of peaceful demonstrators and the arrest of opposition politicians. 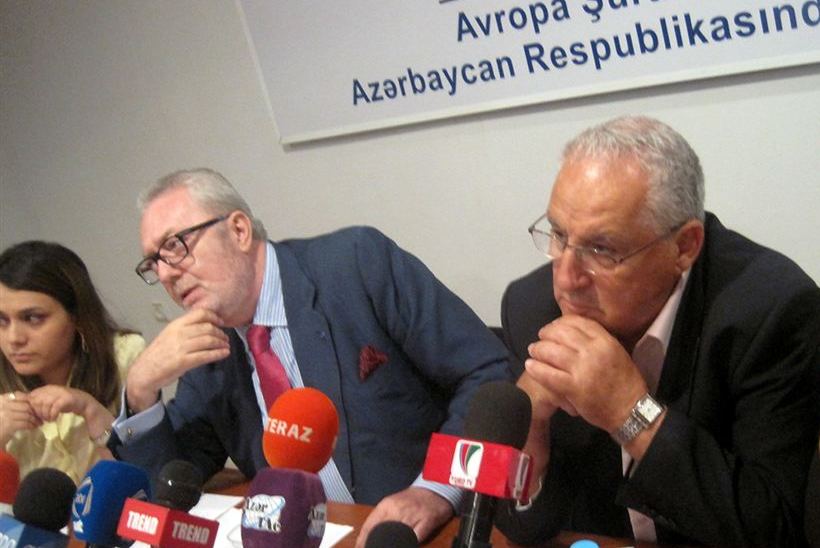 "We call on the Azerbaijani authorities to review the cases of protesters and activists detained when demonstrating peacefully, and after trials whose conformity with human rights standards has been called into question by civil society and the international community,” they said. "All reports of alleged torture and ill-treatment in custody should be thoroughly investigated and those responsible should be punished.”

Mr Agramunt and Mr Debono Grech also recalled that Azerbaijan must comply with the obligations and commitments that the country undertook upon its accession to the Council of Europe: "The fairness of the judicial process must be ensured, as well as transparency during investigations. Freedom of assembly and freedom of expression are basic human rights which must be guaranteed in every Council of Europe member state.”

In our previous publications our site gave some quotes from the PACE Resolution on "The Honoring of obligations and commitments by Azerbaijan.” Please find below the reference to the site with the full text of the Resolution:

The Honouring of obligations and commitments by Azerbaijan