Cholera bacteria detected in Caspian Sea near coast of Dagestan 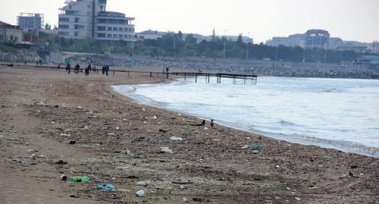 Specialists from the Dagestani "Rospotrebnadzor" (Russian Federal Agency for Consumer Supervision) have established that the untreated sewage discharge into the Caspian Sea have caused the appearance of a cholera vibrio of the third pathogenicity group – a causative agent of acute intestinal diseases. Bacteria of the cholera vibrio were found when inspecting the beaches in Makhachkala. In particular, it was found at the beach "Beryozka", said the statement of the local "Rospotrebnadzor", posted on its website on June 19. Back in May, the "Rospotrebnadzor" demanded to take action in connection with the poor quality of coastal beaches in Dagestan. According to the monitoring conducted by specialists, the sea water sampled on them failed to meet the hygienic requirements for microbiological parameters. Eleonora Omarieva, the head of the Dagestani "Rospotrebnadzor", said that despite the demand of her authority to stop discharging the untreated sewages into the Caspian Sea, they still get there, causing the continuing deterioration of the sea water quality.