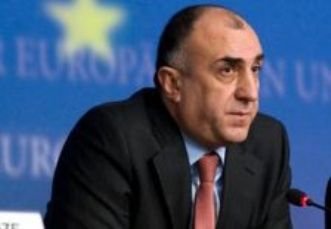 Armenia refuses to take a constructive position in the negotiating process, preferring to stick with the traditional course of refuting irrefutable facts to deceive the international community and to conceal their aggressive policy, the minister of foreign affairs of Azerbaijan, Elmar Mammadyarov said.

"In contrast to what the Armenian officials assert, the Court arrived at an important conclusion that Nagorno-Karabakh, the district of Lachin and the other surrounding districts are part of Azerbaijan now under military occupation (paragraphs 146 and 173)," Trend cited the Minister as saying.

The foreign minister drew attention to the fact that Armenia does not even shy away from brazenly attempting to manipulate the judgment of such a prominent institution as the ECHR in broad daylight. "Obviously, the sense of impunity of Armenia encourages it to solidify its notorious track-record of falsifying and distorting the facts on the ground and the documents of international organisations," he said.

In this regard Elmar Mammadyarov expressed concern about the attempts by Yerevan to justify its internationally wrongful acts and emphasized that the international community should be firm in rejecting such an irresponsible attitude to the Convention and to the ECHR.