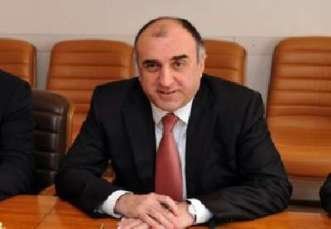 Foreign Minister Elmar Mammadyarov met with Herbert Salberi, EU Special Representative for the South Caucasus. The meeting was held within the framework of the 21st session of the OSCE Ministerial Council  in Basel, Switzerland on December 4-5.

The sides exchanged views on developments in the South Caucasus events during the peace talks on the settlement of the Karabakh conflict, the press service of the Azerbaijani Foreign Ministry.

They also discussed the provocative military exercises in Armenia, which took place in the occupied territories of Azerbaijan with the participation of a large number of personnel and equipment after the Paris meeting of the Presidents of Armenia and Azerbaijan. It was noted that such actions pursued provocative goal not promote the peaceful settlement of the conflict, have a negative impact on the positive developments in the peace settlement.

Elmar Mammadyarov’s claim against the Director of the OSCE ODIHR