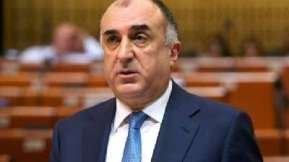 If the negotiations do not lead to the complete withdrawal of Armenian armed forces from the occupied territories of Azerbaijan, Baku will have to use force to liberate its land, which is guaranteed by Article 51 of the UN Charter. This was stated by Foreign Minister Elmar Mammadyarov at the 70th session of the UN General Assembly.

"Yesterday the Armenian President in his speech containing falsifications, distortions and lies tried to give a lecture on the principles and values, to which in reality the Armenian government does not attach importance and goes against.

"Everyone knows that Armenia started the war against Azerbaijan and occupied one fifth of the territory, including the Nagorno-Karabakh region and seven surrounding districts and conducted ethnic cleansing," said Mammadyarov.

"The President of Armenia spoke about the occupied region of Azerbaijan - Nagorno-Karabakh - as a part of Armenia. This statement once again demonstrates that Armenia ignores the UN Charter and its obligations under international law and is another example of the recognition of aggression committed against Azerbaijan at the highest level,” said Mammadyarov.

"The region of Nagorno-Karabakh has always been and will remain an integral part of Azerbaijan. The conflict can be resolved only on the basis of the sovereignty and territorial integrity of Azerbaijan within its internationally recognized borders," said Mammadyarov.