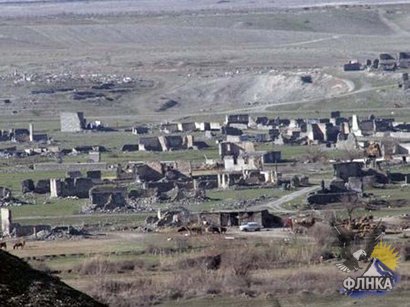 Under the mandate of OSCE Chairman-in-Office Personal Representative, monitoring held on the contact line between Azerbaijani and Armenian troops on the Tartar-Agdere highway in the Tartar region of Azerbaijan on April 4 revealed no incidents, the Azerbaijani Defence Ministry told Trend on Thursday.

During the monitoring, the OSCE Minsk Group co-chairs and OSCE Chairman-in-Office Personal Representative moved from the contact line section controlled by Azerbaijani Armed Forces to the direction of the occupied Agdere.

The monitoring was held on the Azerbaijani side by OSCE Chairman-in-Office Personal Representative Andrzej Kasprzyk's field assistant Evgeny Sharov and head of financial administration of the office Jonathan Ferraby.

The monitoring was held on the opposite side which the international community recognises as Azerbaijani territory, by OSCE Chairman-in-Office Personal Representative Andrzej Kasprzyk's field assistants Jiri Aberle and Christo Christov.

On April 5 OSCE co-chairs plan to move from the opposite side of the contact line to the direction of Barda.

The conflict between the two South Caucasus countries began in 1988 when Armenia made territorial claims against Azerbaijan. Armenian armed forces have occupied 20 per cent of Azerbaijan since 1992, including the Nagorno-Karabakh region and seven surrounding districts.

Azerbaijan and Armenia signed a ceasefire agreement in 1994. The co-chairs of the OSCE Minsk Group - Russia, France and the U.S. - are currently holding peace negotiations.

Armenia has not yet implemented the U.N. Security Council's four resolutions on the liberation of the Nagorno-Karabakh and the surrounding regions.

No ceasefire violation fixed during OSCE monitoring of contact line