Member of Public Chamber of Dagestan claims being attacked 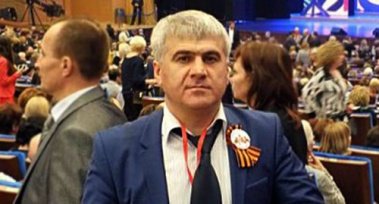 On July 6, Shamil Khadulaev, a member of the Public Chamber of Dagestan, was attacked in the Rostov Region. This was reported by the social activist himself. Shamil Khadulaev was travelling to Rostov-on-Don for his personal reasons. He took a passing car, and during the trip, a quarrel occurred between him and the driver. This was told by Shamil Khadulaev to the "Caucasian Knot" correspondent. "When we stopped and I got out of the car, the man with a knife and a pistol in his hands attacked me. The pistol was a traumatic one. The attacker made several shots. His first bullet did not touch me; however, then he shot again and twice wounded me in my leg," Shamil Khadulaev has said. According to the activist, he got to the road and took another passing car to reach the hospital. "I underwent a surgery, and now I feel well," Shamil Khadulaev has stated. It should be noted that Shamil Khadulaev heads a working group of the Public Chamber of Dagestan for public relations and chairs the executive committee of the Dagestani branch of the Russian Union of Veterans of Afghanistan.

Murder of Nazim Gadjiev could be politically motivated, his colleagues believe