Murder of Nazim Gadjiev could be politically motivated, his colleagues believe 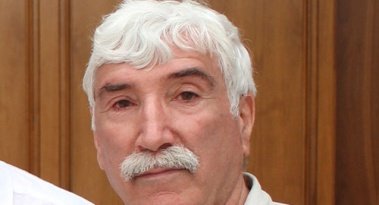 Nazim Gadjiev, the leader of the Lezgin movement "Sadval", could be murdered for the purpose of a political provocation. This opinion was expressed by Amirkhan Babaev, the deputy chairman of the movement. Shamil Khadulaev, a member of the Public Chamber of Dagestan, who cooperated with Nazim Gadjiev, notes that for the second year in a row, activists of the movement are killed during the celebration of Nowruz holiday.

The "Caucasian Knot" has reported that on March 20, Nazim Gadjiev, Chairman of the Board of the International Lezgin national movement "Sadval", was found dead in his apartment in Makhachkala. According to a source from the law enforcement authorities, the Nazim Gadjiev's body "was found with numerous stab wounds."

The murder of Nazim Gadjiev "can be connected with the murder of Ruslan Magomedragimov, a 'Sadval' activist." This opinion was expressed by Shamil Khadulaev, Chairman of the Coordination Council of Dagestani NCOs.

He has emphasized that "the cases of murders of Nazim Gadjiev and Ruslan Magomedragimov should be combined into one case(investigators refused to institute a criminal case into the death of Ruslan Magomedragimov, since they saw no crime in the incident, note of the "Caucasian Knot")."

According to the statute of the movement, one of the main tasks of the movement "Sadval" "is to promote the reunification of the Lezgin people within the territory of compact settlement in Russia and Azerbaijan."

Member of Public Chamber of Dagestan claims being attacked