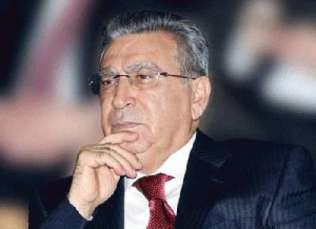 As stated in the statement on the website of the Security Council of the Russian Federation, the sides discussed topical issues of international security in the Caspian region, as well as the prospects for cooperation between law enforcement and security agencies of the two countries.

At the end of the meeting, Patrushev and Mehdiyev signed a plan of cooperation between the apparatuses of the Security Councils of the Russian Federation and the Republic of Azerbaijan for 2016-2017.

On the same day, in Moscow, there was a meeting of the heads of security councils of the CIS countries. The participants reviewed the current issues of national security in the CIS space.

In particular, they discussed cooperation on combating illegal migration and coordination in ensuring international information security.

"The sides considered joint efforts to counter the expansion of the terrorist organization Islamic State (ISIS), including to combat the recruitment of citizens of CIS countries into the ranks of ISIS," the report says.