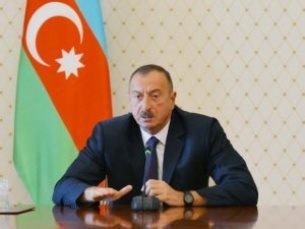 The meeting was attended by heads of law enforcement agencies and heads of the National Security Ministry departments.

During the meeting of the Security Council, there were discussed the resignation of the Minister of National Security Eldar Mahmudov and questions of national security of Azerbaijan.

According to the information, before the meeting the head of state received Eldar Mahmudov and conveyed to him the facts of his activity, which were incompatible with the position of a minister.