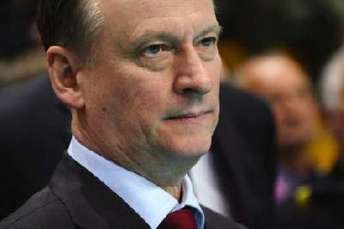 On Monday, the President of Azerbaijan Ilham Aliyev received the Secretary of the Russian Security Council Nikolai Patrushev.

As the website of the Azerbaijani President reported, stressing that the bilateral relations between Azerbaijan and Russia were developing successfully in all areas, the President expressed his confidence that the visit of Patrushev and his meetings in Baku will be fruitful.

Referring to "the successful development of relations between law enforcement agencies" of the two countries, Aliyev stressed "the importance of business ties of the relevant structures, mutual exchange of information and joint activities in terms of strengthening security in the region."

Russian Security Council Secretary Nikolai Patrushev conveyed the greetings of the President of Russia Vladimir Putin. Patrushev stressed the importance of high-level meetings, including contacts of the Presidents of Azerbaijan and Russia in Moscow on the occasion of the 70th anniversary of the victory over fascism.

The sides exchanged views on a number of issues of mutual interest.

The Russian Security Council Secretary Nikolai Patrushev arrived in Baku for a two-day visit on May 11. On Monday, talks are planned with the Minister of National Security Eldar Mahmudov and also a meeting with the veterans of World War II.

It is expected that Patrushev will lay flowers at the monument to the Hero of the Soviet Union Hazi Aslanov.

On Tuesday, he will hold talks with the head of the Presidential Administration and the Security Council of Azerbaijan Ramiz Mehdiyev, as well as with the Minister of Internal Affairs Ramil Usubov.

He is also expected to meet with President Ilham Aliyev, a diplomatic source told Turan.

The theme of the meetings and negotiations will be issues of regional and international security.