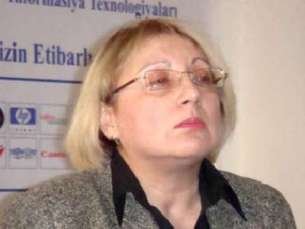 The state of the convicted human rights activist Leyla Yunus continues to be severe and getting worse, her lawyer Elchin Gambarov told Turan.

She is not transferred to the medical unit and not given the drugs prescribed on October 30 by the German physician Witt. Numerous appeals and requests for her transfer to the infirmary remained unanswered, "said the lawyer.

The hard physical condition has affected the psychological state of Yunus. Dr. Witt after the inspection said that the action of the doctors who refused to place her in the medical unit is nothing but political pressure on the patient, Gambar said, calling such treatment "outright torture."

Recall that the 60 year-old Yunus suffers hepatitis C and severe diabetes. Despite numerous appeals to the international community, the authorities do not release Yunus on humanitarian grounds and refuse to admit that she is a political prisoner.

However, her husband Arif Yunus was released on bail last week.